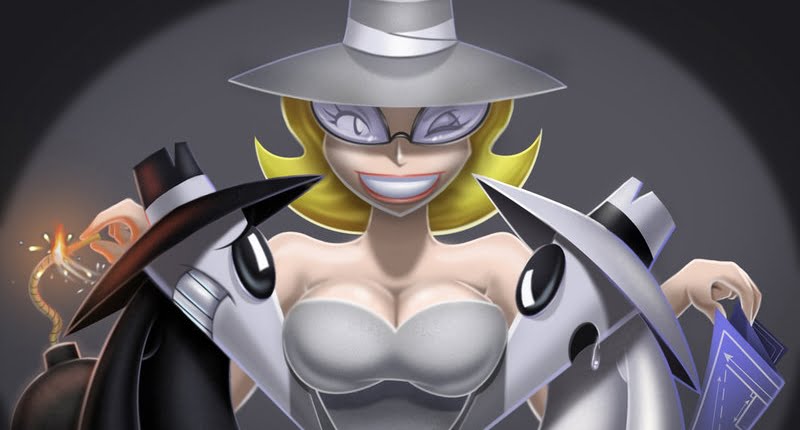 The Gentleperson’s Guide to Forum Spies

COINTELPRO – Techniques for dilution, misdirection and control of a internet forum…

There are several techniques for the control and manipulation of a internet forum no matter what, or who is on it…BUT:

If a very sensitive posting of a critical nature has been posted on a forum – it can be quickly removed from public view by ‘forum sliding.’ In this technique a number of unrelated posts are quietly prepositioned on the forum and allowed to ‘age.’ Each of these misdirectional forum postings can then be called upon at will to trigger a ‘forum slide.’

The second requirement is that several fake accounts exist, which can be called upon, to ensure that this technique is not exposed to the public.

To trigger a ‘forum slide’ and ‘flush’ the critical post out of public view it is simply a matter of logging into each account both real and fake and then ‘replying’ to prepositined postings with a simple 1 or 2 line comment. This brings the unrelated postings to the top of the forum list, and the critical posting ‘slides’ down the front page, and quickly out of public view.

Although it is difficult or impossible to censor the posting it is now lost in a sea of unrelated and unuseful postings. By this means it becomes effective to keep the readers of the forum reading unrelated and non-issue items.

A second highly effective technique is ‘consensus cracking.’ To develop a consensus crack, the following technique is used. Under the guise of a fake account a posting is made which looks legitimate and is towards the truth is made – but the critical point is that it has a VERY WEAK PREMISE without substantive proof to back the posting.

Once this is done then under alternative fake accounts a very strong position in your favour is slowly introduced over the life of the posting. It is IMPERATIVE that both sides are initially presented, so the uninformed reader cannot determine which side is the truth. As postings and replies are made the stronger ‘evidence’ or disinformation in your favour is slowly ‘seeded in.’

Thus the uninformed reader will most like develop the same position as you, and if their position is against you their opposition to your posting will be most likely dropped. However in some cases where the forum members are highly educated and can counter your disinformation with real facts and linked postings, you can then ‘abort’ the consensus cracking by initiating a ‘forum slide.’

Topic dilution is not only effective in forum sliding it is also very useful in keeping the forum readers on unrelated and non-productive issues. This is a critical and useful technique to cause a ‘RESOURCE BURN.’

By implementing continual and non-related postings that distract and disrupt (trolling ) the forum readers they are more effectively stopped from anything of any real productivity. If the intensity of gradual dilution is intense enough, the readers will effectively stop researching and simply slip into a ‘gossip mode.’ In this state they can be more easily misdirected away from facts towards uninformed conjecture and opinion.

The less informed they are, the more effective and easy it becomes to control the entire group in the direction that you would desire the group to go in. It must be stressed that a proper assessment of the psychological capabilities and levels of education is first determined of the group to determine at what level to ‘drive in the wedge.’ By being too far off topic too quickly it may trigger censorship by a forum moderator.

Information collection is also a very effective method to determine the psychological level of the forum members, and to gather intelligence that can be used against them. In this technique in a light and positive environment a ‘show you mine show me yours’ posting is initiated. From the number of replies and the answers that are provided much statistical information can be gathered.

An example is to post your ‘favorite weapon’ and then encourage other members of the forum to showcase what they have. In this matter it can be determined by reverse proration what percentage of the forum community owns a firearm, and or a illegal weapon.

This same method can be used by posing as one of the form members and posting your favourite ‘technique of operation.’ From the replies various methods that the group utilizes can be studied and effective methods developed to stop them from their activities.

Statistically, there is always a percentage of the forum posters who are more inclined to violence. In order to determine who these individuals are, it is a requirement to present a image to the forum to deliberately incite a strong psychological reaction. From this the most violent in the group can be effectively singled out for reverse IP location and possibly local enforcement tracking.

To accomplish this only requires posting a link to a video depicting a local police officer massively abusing his power against a very innocent individual. Statistically of the million or so police officers in America there is always one or two being caught abusing there powers and the taping of the activity can be then used for intelligence gathering purposes – without the requirement to ‘stage’ a fake abuse video.

This method is extremely effective, and the more so the more abusive the video can be made to look. Sometimes it is useful to ‘lead’ the forum by replying to your own posting with your own statement of violent intent, and that you ‘do not care what the authorities think!!’ inflammation. By doing this and showing no fear it may be more effective in getting the more silent and self-disciplined violent intent members of the forum to slip and post their real intentions. This can be used later in a court of law during prosecution.

It is important to also be harvesting and continually maneuvering for a forum moderator position. Once this position is obtained, the forum can then be effectively and quietly controlled by deleting unfavorable postings – and one can eventually steer the forum into complete failure and lack of interest by the general public.

This is the ‘ultimate victory’ as the forum is no longer participated with by the general public and no longer useful in maintaining their freedoms. Depending on the level of control you can obtain, you can deliberately steer a forum into defeat by censoring postings, deleting memberships, flooding, and or accidentally taking the forum offline.

By this method the forum can be quickly killed. However it is not always in the interest to kill a forum as it can be converted into a ‘honey pot’ gathering center to collect and misdirect newcomers and from this point be completely used for your control for your agenda purposes.

Once they are aware of these techniques the operation can completely fail, and the forum can become uncontrolled. At this point other avenues must be considered such as initiating a false legal precedence to simply have the forum shut down and taken offline.

This is not desirable as it then leaves the enforcement agencies unable to track the percentage of those in the population who always resist attempts for control against them. Many other techniques can be utilized and developed by the individual and as you develop further techniques of infiltration and control it is imperative to share then with HQ.

Eight Traits of the Disinformationist